Another podium place for Max Koboelt

LE CASTELLET - Under summer conditions, the third event of the GT4 European Series was held at the Paul Ricard Circuit in Le Castellet (southern France). Dutch driver Max Koebolt, who whon the Brands Hatch race last month with his North Sea Lubricants-Mercedes-AMG-GT4, continued his success. Together with his teammate, he finished third in the second race and achieved a podium place again. "All in all, it was a weekend in which we had to work hard, but did score the necessary points," Koebolt said afterwards. 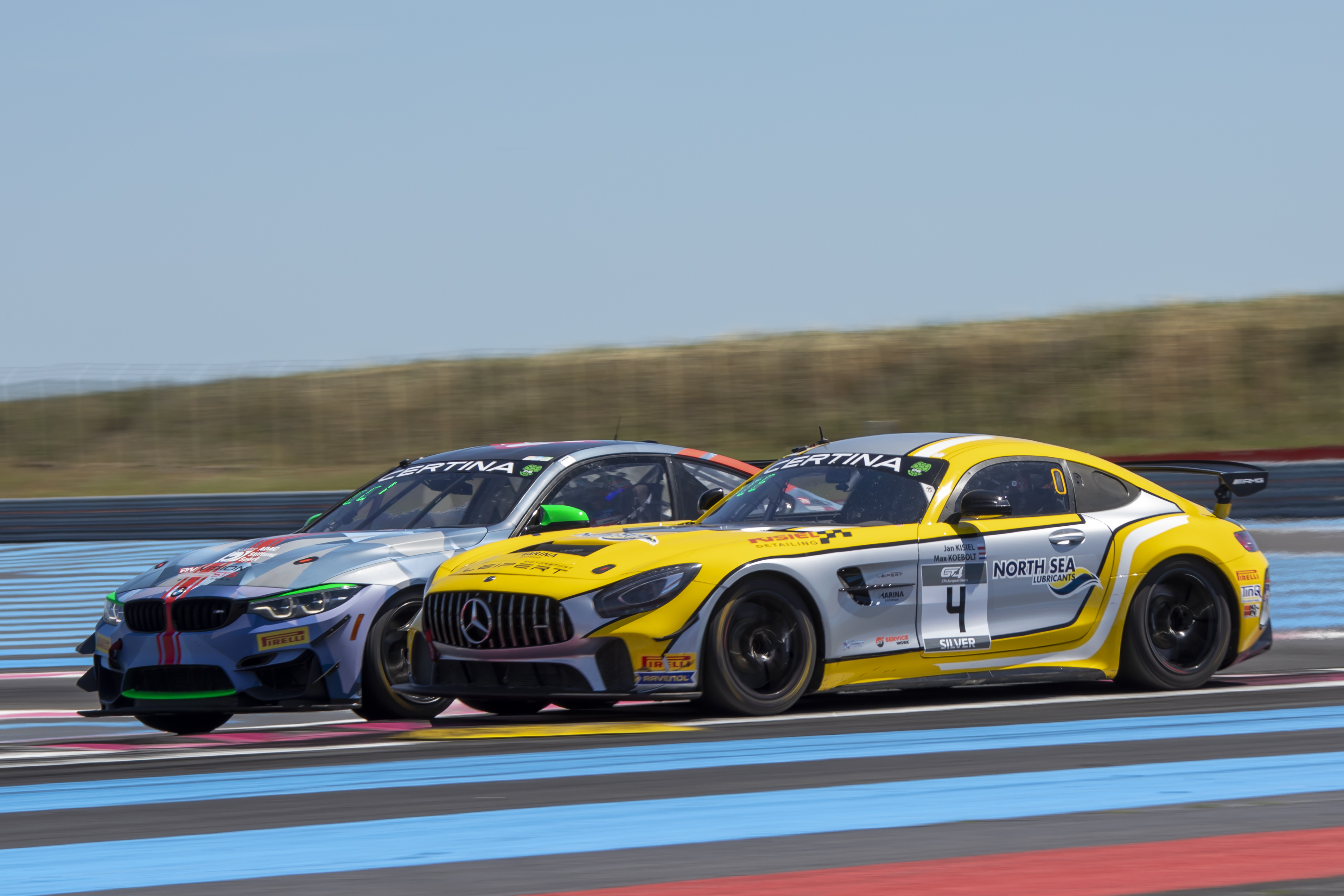 Koebolt took care of the start and with that of the first half of the opening race. "Of course, the goal was to drive forward as well as possible and stay out of trouble and, if possible, to bring the car into the top ten for the pit stop," he explained the strategy. That worked very well: riding in eighth place, Koebolt brought the Mercedes to the pit box, where his teammate took over the steering wheel. Thanks to an excellent pit stop, they came back on the track as sixth and then made up for more places, so that even the podium seemed within reach. Moments later, however, Koebolts’ teammate Kisiel was imposed by the race management at least a questionable "drive-through penalty" for alleged contact with another driver during a catch-up action. That threw the team back a number of places. Again they managed to make up for the necessary terrain, so that the duo was eventually ranked seventh overall and fifth in the Silver Cup. "It's a shame, given the speed and our advance, it would certainly have been more, but that punishment has somewhat ruined our race," said Koebolt.

In the second race the duo started and they were able to drive away with three others teams from the rest of the field. In this difficult second race they had to go all out to defend their place. The hard work was rewarded with a brilliant third place!

The next event in the GT4 European Series will be held from June 28-30 at the Misano circuit in Italy.