The GT4 European Series season of 2019 is finished and Max Koebolt has successfully registered in the history books with his NSL colored Mercedes.

Like last year, the battle for the GT4 European Series went down to the wire and was only decided in the final of the two races during the season finale at the Nürburgring. And, again like last year, Dutch driver Max Koebolt ended on top of the final standings, but, together with his Polish teammate Jan Kisiel, missed out on the title due to a lower number of wins.

“We gave it all we had, but we already knew that it was going to be really difficult for us in the finale at the Nürburing,” said Koebolt, who raced the Mercedes-AMG GT4 of German team Leipert Motorsport in the colours of North Sea Lubricants. “Too bad that it didn’t work out with winning the title, but I still think we can be happy looking back upon the season that is now over.” 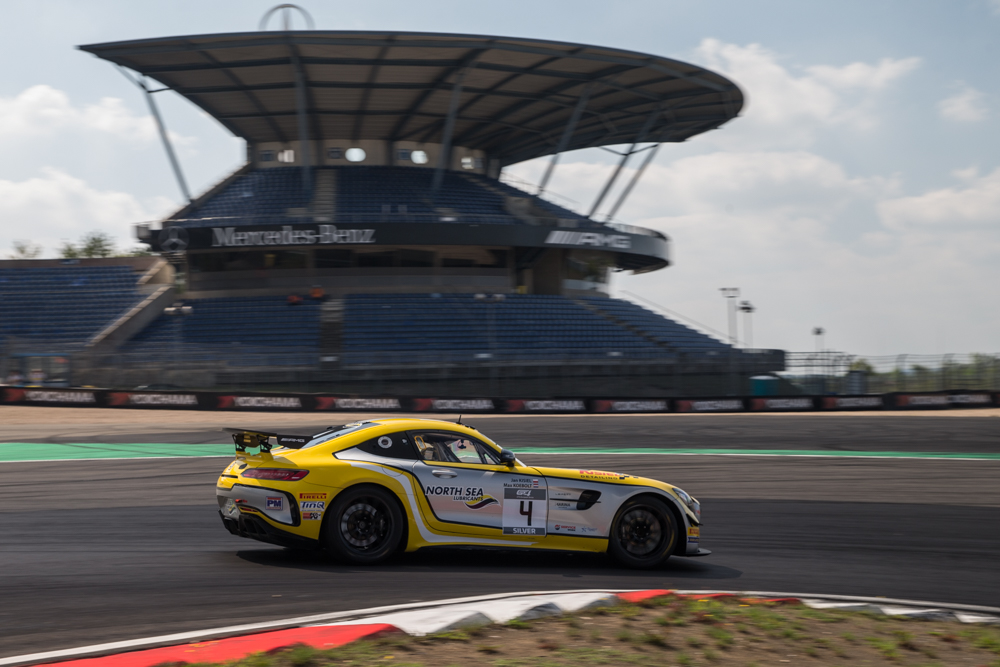 Max Koebolt and Jan Kisiel came to the Nürburgring as the leaders in the GT4 European Series points’ standings. They were facing the considerable task of securing the coveted Silver Cup drivers’ title. “Not an easy affair because we are lacking top speed compared to our main rivals because of the balance of performance,” Koebolt already knew prior to the race weekend in the Eifel. Koebolt and Kisiel started the race weekend with the eleventh-fastest time in first free practice and the 14th time in second practice while their main rivals, mostly with BMW, ended up at the front.

Max Koebolt managed to qualify tenth for the first race. Jan Kisiel took care of second qualifying, but he suddenly had to deal with technical problems during his flying lap and he only ended up 13th as a result.

The first race was held on Saturday in ideal conditions. For Koebolt, it was difficult, as he described: “I started quite well, but soon, the engine temperature rose, preventing me from attacking. Whenever I closed up to the drivers ahead of me, the water temperature became too high and the engine went into safety mode. I lost a lot of time as a result. Once I was finally able to mount a challenge, an opponent pushed me onto the grass under braking for the first corner, so I went straight and lost some more positions. Then we decided to come in for our pit stop and driver change earlier than planned. After that, this strategy enabled Jan to gain a few positions, but he also got stuck, behind a guest driver no less, so we ended up ninth overall and seventh in the points for our class.” 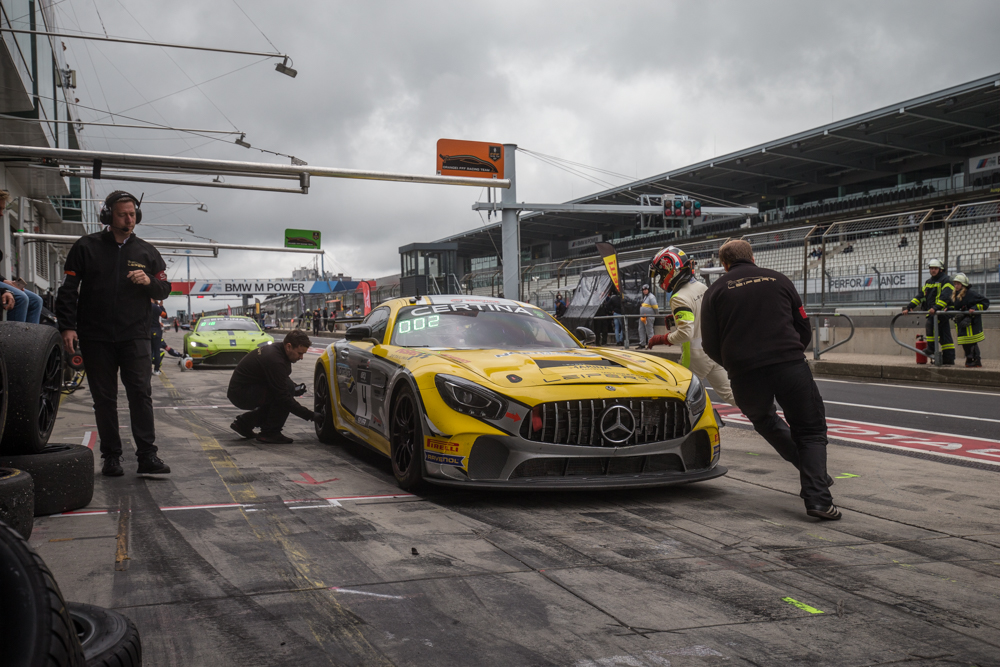 As a result, the second race had to decide the outcome of the battle for the title. Teammate Kisiel took the start and drove a “mega first stint”, as Koebolt described it. “We had to push really hard. It looked good, but then, Jan got stuck behind the same guest driver from the previous day and again couldn’t find a way past. He still made some progress as many teams already made early stops. Then, I got into the car and for me, ‘full attack’ was the aim as well. I was able to close the gap to the car in front, our direct rivals in te battle for the title, but I couldn’t overtake and that meant they won the title. Too bad, but there was nothing more we could do given our lack of speed and the issues we had in the first race.”

Koebolt: 'I think that we have had a good season'

Looking back upon a season in which he, again, was in contention for the title until the very last race, Koebolt is still satisfied: “I think that we have had a good season, notwithstanding some problems here and there and the tough competition. Especially for Mercedes-AMG that was now able to compete for the overall title for the first time and for Leipert that has already won the teams’ title on Saturday and now also the Pro-Am class title. It would have been nice to crown that with the Silver Cup title, but unfortunately, that wasn’t to be. On the other hand, throughout the season, we have shown that we were the best drivers and the strongest team and that is what makes me happy. I would like to take the opportunity to thank my loyal partners for their support in the past season: North Sea Lubricants, TINQ, K&N en Petromark.”